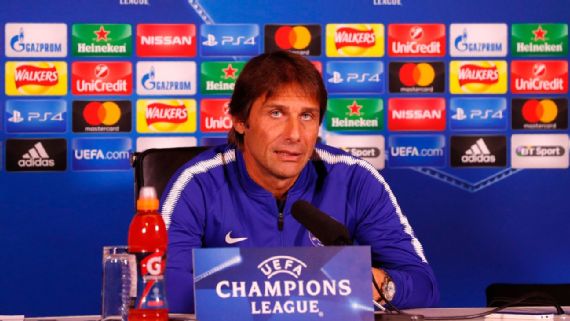 Chelsea manager, Antonio Conte, is hoping to finish Sunday’s Premier League clash against Arsenal with 11 men.
Speaking ahead of the game on Friday, Conte hinted that red cards shown to Victor Moses and Pedro Rodriguez in the two previous meetings between the clubs were unjustified.
“I hope to finish the game with 11 players, because in the last two games, FA Cup final and the Community Shield, we finished two games with 10 men,” he said.
“I hope this. Then during the game I think the best [team] wins.”
Asked if he would instruct his Chelsea players to be more disciplined this time around, Conte said: “For sure when you start the game you try to keep always the right discipline, but in both situations I think you have to see very well if there was the red card or not.”