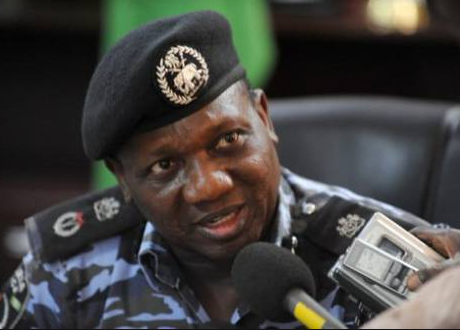 Two serving policemen alongside a naval personnel and three other suspects have been arrested for attempting to kidnap a five-year-old boy at Ayangba, Kogi state and they were among 18 kidnap and armed robbery suspects paraded before journalists at the Kogi state Police Command on Monday.

Ali Janga, the state’s Commissioner of Police at the parade in Lokoja, identified the policemen as Cpl Suleiman Isiaka and Cpl Ibrahim James while the naval personnel was Ordinary Seaman Bature Habila of the Western Naval Command.  Janga said the suspects came into the state in a chartered commercial bus driven by one Daniel John who is also in police custody.  Janga said John was to be paid N100,000 for his service.

The Commissioner said that suspects were rounded up in their hotel room at Ayangba before they could carry out the operation.  According to Janga, 11 rifles, including four AK-47; three pump action; four pistols; hundreds of magazines and a bus are among the items recovered from the suspects.

Speaking with journalists, one of the policemen, Isiaka said that he, James and Habila had on October 4 left Bauchi state where they were serving in “Operation Safe Haven” in Tafawa Balewa local government to come for the operation in Ayangba.  He said he recruited James and Habila for the business, adding that it was another suspect, Sheu Agba, whocontacted him.  Also speaking Sheu Agba, 36, said that he was forced to adopt the kidnap option because he needed N10,000 urgently to treat his stomach ulcer.