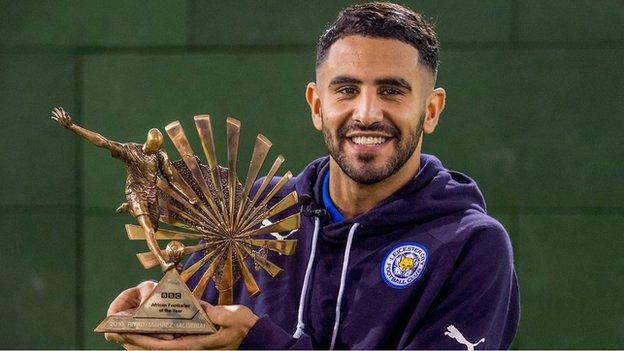 Arsenal manager Arsene Wenger says he is interested in Leicester winger Riyad Mahrez but that no bid has been made for the player.
The 26-year-old signed a new four-year deal with the Foxes in August but has since asked to leave the club.
He helped Leicester win the Premier League title in 2015-16 before finishing 12th with them this season.
“Have we made a bid for him? No. Not yet. Not yet means it could happen, it could not happen,” said Wenger.
Mahrez joined Leicester from French club Le Havre for a reported £400,000 in 2014 and was voted PFA player of the year in 2016.
“I think he had a huge impact at Leicester when they won the championship, like everybody else,” Wenger told Bein Sports.
“It’s been a different season this year but it doesn’t take anything away from his qualities.”


Social Media On Fire!! After This Girl Was Caught Staring At Richard Mofe-Damijo At The Airport, So So ‘Bad’ (Photos)