Cristiano Ronaldo and Gareth Bale have been named in the Real Madrid squad for the Uefa Super Cup encounter against Manchester United.
The Portuguese is in line to make his first appearance of the season after returning from holiday following Portugal’s participation in the Confederations Cup.
View image on Twitter 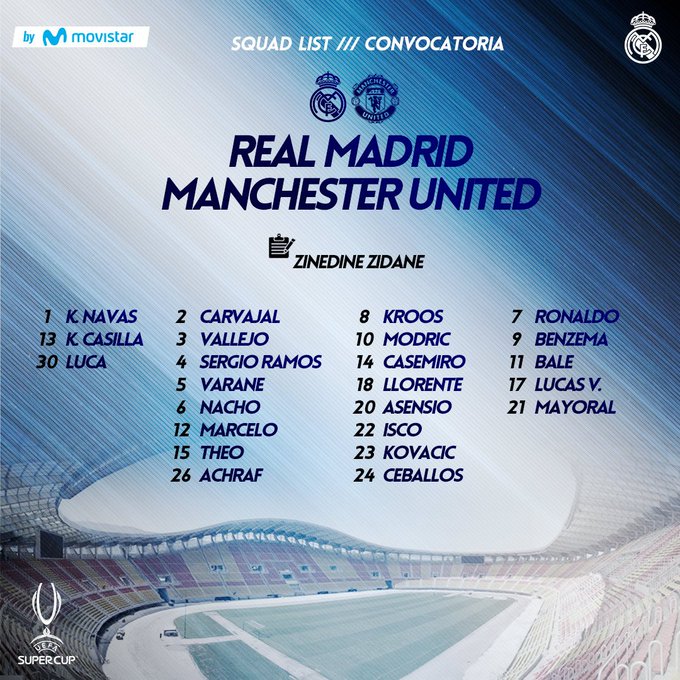 Twitter Ads info and privacy
His return would be a major boost for Real Madrid as manager, Zinedine Zidane, is apparently happy with how the 32-year-old has maintained his fitness levels during his time off, prompting him to give the current world best player playing time immediately as the reigning Champions League holders take on last season’s Europa League champions.
He has not played in any of the pre-season tour games in the United States, where Real faced off against United, drawing 1-1.
View image on Twitter 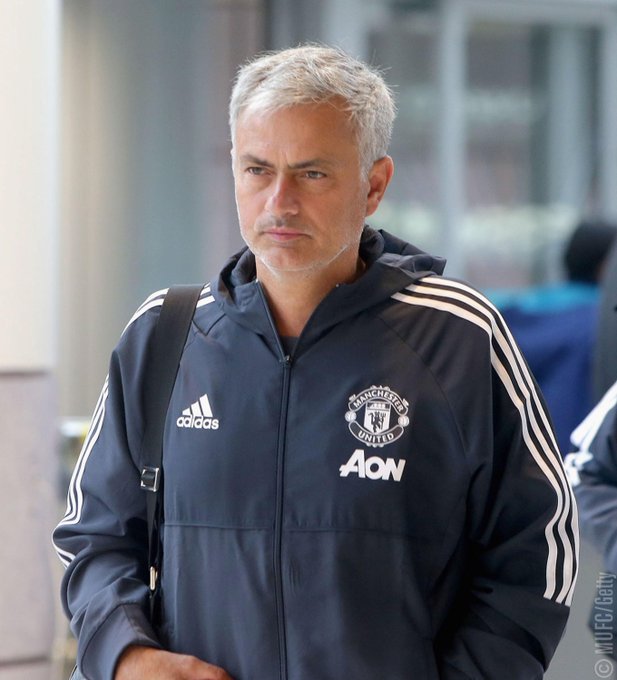 We’re heading to Macedonia for our #SuperCup clash with Real Madrid: http://manutd.co/BKE

Twitter Ads info and privacy
The 32-year-old is joined in the team by Gareth Bale and Karim Benzema – both of who have been linked with moves away from the Bernabeu this summer.
United will have also been buoyed by Ronaldo’s admission on Sunday that he still has a desire to return to England, somewhere where he “never faced any problems”, and the Super Cup encounter in Skopje, Macedonia, on Tuesday will give Jose Mourinho and Ed Woodward the perfect chance to watch Bale and Ronaldo first hand.
Real Madrid squad vs Manchester United:
Goalkeepers: Keylor Navas, Kiko Casilla, Luca.
Defenders: Dani Carvajal, jose Vallejo, Sergio Ramos, Raphael Varane, Nacho, Marcelo, Theo Hernandez, Achraf Hakimi.
Midfielders: Toni Kroos, Luka Modric, Casemiro, Marcos Llorente, Marco Asensio, Isco, Matteo Kovacic, Dani Ceballos.
Forwards: Cristiano Ronaldo, Karim Benzema, Gareth Bale, Lucas Vasquez, Borja Mayoral.