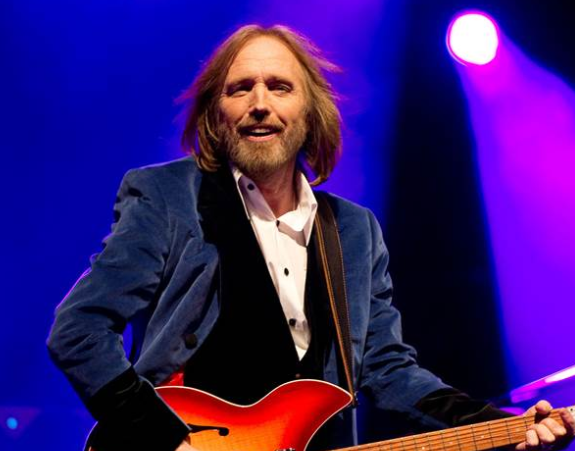 Rock legend, Tom Petty died on Monday October 2, 2017 at the age of 66 after being rushed to a Los Angeles hospital, according to Tony Dimitriades, longtime manager of Tom Petty & The Heartbreakers.

According to reports, at 10:45 pm Sunday night (PST), Tom Petty’s wife called 911 to report that her husband wasn’t breathing. When paramedics got to thier home, they gave him CPR and were able to get a slight pulse. They rushed him to the hospital where he was put on life support, unfortunately, he didnt make it and the machine was turned off.

“He suffered cardiac arrest at his home in Malibu in the early hours of this morning and was taken to UCLA Medical Center but could not be revived. He died peacefully at 8:40pm PT surrounded by family, his bandmates and friends,” Dimitriades said in a statement.
Petty, who was born in Gainesville, Florida became hooked on rock and roll at the age of 11 when he met superstar Elvis Presley on a movie set. Petty went on to join his first band, The Sundowners, in high school at the age of 14.

Nigeria vs Zambia: Ezenwa hopes to start in goal for Super Eagles