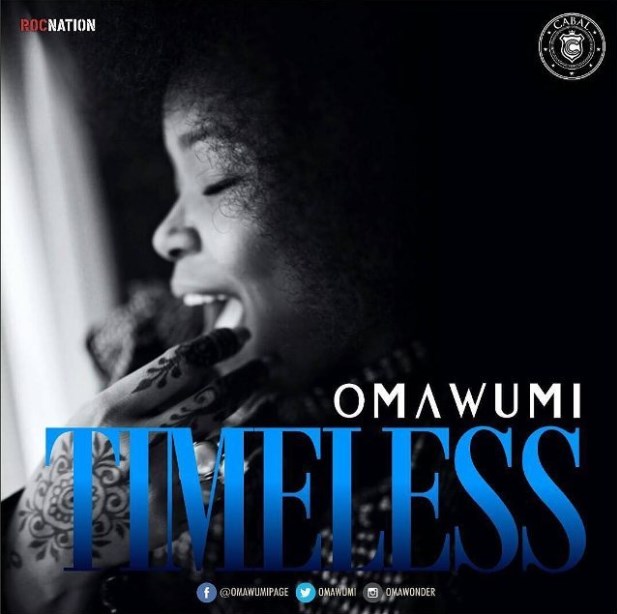 Female singer Omawumi puts out her long anticipated album cover art After postponement and even more postponement, it seems Omawumi is now ready to release her latest album “TIMELESS“.
Earlier in the year, the vocalist signed a record company Cabal Entertainment who are affiliated with Jay-Z’s Roc Nation music imprint Omawumi also released a new single butterfly which was her first music offering with the music imprint.
The album release has been moved to June 22 as the singer present what would be an album cover art for “TIMELESS”.
“Timeless” which will be released under Cabal Entertainment an affiliation with Roc Nation Africa, precedes “Wonder Woman” released in 2009 and “Lasso of Truth” album (2013).

Davido Video Chats Dammy Krane After His Release From Prison


EFCC Arrest Grandfather Along With 2 Others For N120M Internet Scam