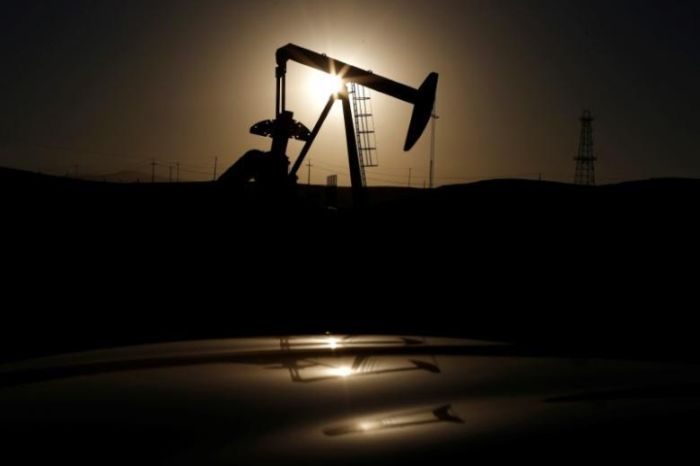 Nigeria’s oil industry lost an accumulated 27.3 million barrels in the month of February to production disruptions arising from pipeline vandalism.
With the current Brent crude oil price put at $50 per barrel, the country lost about $1.3 billion (N417 billion) in revenue in the month of February.
This is more that the $700 million (N213.5 billion), which the Minister of State for Petroleum Resources, Dr. Ibe Kachikwu, said is needed to revive the country’s ailing refineries.
In terms of daily analysis, the country lost over 975,000 barrels per day through out the month of February 2017, which amount to $48.7 million (N14.8 billion) daily to various production disruptions.
The Nigerian National Petroleum Corporation (NNPC), which made this disclosure in latest Financial Report for February, said that products theft and vandalism have continued to destroy value and put NNPC at disadvantaged competitive position.
According to the corporation, a total of 2,269 vandalized points have been recorded from February 2016 to February 2017.
NNPC explained that Forcados Terminal production wells remained shut-in since 9th November 2016 as a result of sabotage on 48-inch crude export line Trans Forcados Pipeline (TFP).
It noted that bout 325,000bpdwas shut in throughout the month of February 2017.
Dwelling on Qua Iboe Terminal, NNPC disclosed that leakages and low wellhead pressure negatively affected production. “Also Production wells were shut-in at Ubit 131J for gas curtailment and shut-in of Usari FC wells for QIT Tank top management. An average of 165,000bopd was shut-in throughout the month of February, 2017”, it added.
It said that production was still shut-in after repair works was completed on the Nembe Creek Trunk Line (NCTL). “About 60,000 bpd was shut-in from 1st to 9th February 2017.
Also about 200,000bopd was shut-in as a result of shutdown of NCTL due to tank top situation at Bonny Terminal from 15th to 16th February, 2017. Some wells and flow station injecting into the Trans Niger Pipeline (TNP) were shut-in due to leaks on the 12” Imo Rivers pipeline (IMOR) at Odagwa from 22nd to 28th February 2017; about 85,000bopd was shut-in.
“Production ramped up after the Force Majeure declared on Brass Terminal since 22nd May, 2016 was lifted on 29th January, 2017.
“However, intermittent shut-in of wells from 1stto 28th February 2017 affected production due to no flow, sabotage and community issues. A total of about 50,000bopd was shut in throughout the month of February, 2017.
“Production was cut back due to an Emergency Shutdown (ESD) The terminal cut back production due to late arrival of export loading vessel of the Erha Terminal.
The corporation therefore solicited for continued support of Nigerians especially in areas of security and infrastructural integrity.
It disclosed that Warri Refinery and Petrochemical Company (WRPC), and Kaduna Refinery and Petrochemical Company(KRPC), posted a deficit of N1.852 billion and N1.102 billion respectively.
The report noted that in the month of January, Warri Refinery posted an operating surplus of N404.27 billion, while Kaduna Refinery recorded a deficit of N2.163 billion.
Port Harcourt Refinery, on the other hand, recorded a surplus of N5.115 billion in the month of January. The company in February recorded revenue of N47.187 billion, dropping by 6.76 per cent compared to N50.61 billion recorded in the previous month; while its crude and freight cost dipped to N42.06 billion from N42.97 billion recorded in January.
Its operating expenses rose by 6.7 per cent to N2.7 billion in February, compared to N2.52 billion in January 2017.
However, in the consolidated account of the refineries, report further pointed out that the three refineries recorded N70.97 billion in the month of February, representing a decline of 28.4 per cent from N99.11 billion recorded in the previous month, while their crude oil and freight cost dipped by 28.62 per cent from N88.24 billion in January to N62.99 billion in February.
The Minister of State for Petroleum Resources, Ibe Kachikwu, said it was shameful that the country had continued to import finished petroleum products.
According to him, the country has to stop importing the products, adding that the Federal Ministry of Petroleum Resources was committed to making this happen.
Kachikwu said, “It is shameful that we’ve continued to import finished products. We need to stop. We are committed to this.”