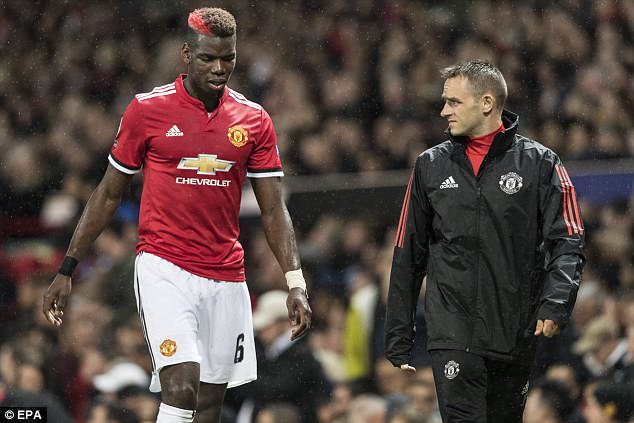 Manchester United manager, Jose Mourinho, is reportedly angry with Paul Pogba, for ignoring club advice, after injuring his hamstring.
Pogba pulled up after only 19 minutes, during the 3–0 win over Basel on Tuesday night in the Champions League.
The France midfielder is now set to miss a month of action with the issue, potentially missing key matches in both the league and Champions League.
According multiple reports, Mourinho is blaming the player himself for ignoring medical advice over what is a long-standing issue.
Pogba made 51 appearances last term, following his return to Manchester. But he missed a three-week spell in March with a hamstring issue and was given instructions by United’s medical staff, on how to strengthen the muscle to prevent potential flare-ups.
However, Pogba has instead been seeing and receiving treatment from a personal trainer, which club staff reckon has made the midfielder more vulnerable to injury.