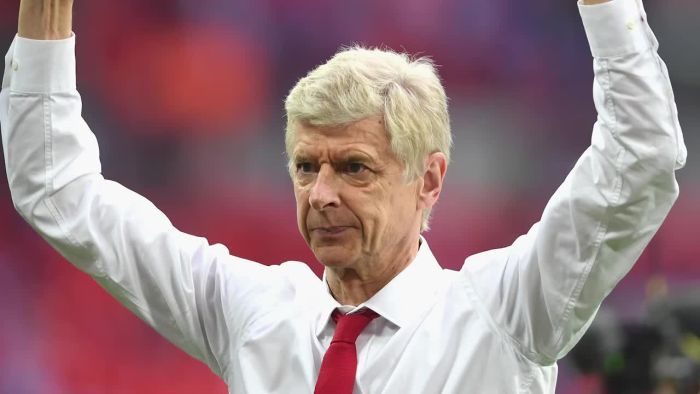 After extending his contract at Arsenal till 2019, Wenger has told the fans that together , they can take the club till the next level.
Wenger has been at the club for over 20 years and his failure to qualify for the UCL for the first time has been frowned upon by the fans.
But the former Monaco manager believes that with the fans, the club can reach the next level.
He told the club’s official website: “The message to the fans is in aid of the club. Let’s be together to support our players, to support the club and all give our absolute best to be at the level that we want to be.
“We can move up to the next level, I’m convinced of that, by having faith in the way we want to play football and by supporting the players we have already.
“Of course we’ll try to strengthen our squad to be stronger next season, but we want to be faithful to the way we want to play the game. We want to support this way [of playing] all together.”
When asked what owner Stan Kroenke had said to him regarding the club’s ambitions, he added: “They are of course unlimited. We live in a very competitive world where you need the support of the owner as well.
“He’s highly ambitious and supportive as well so, on that front, we are all united with exactly the same targets.”


MUST SEE: The 5 Reasons Why You Should Start Your Own Work At Home Online Business