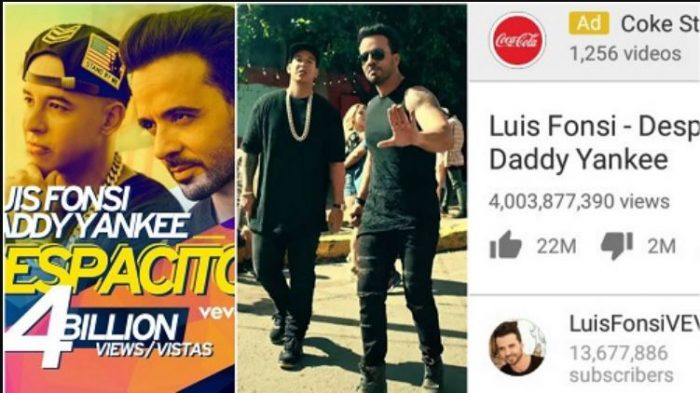 In early August, latin song “Despacito” was crowned the most viewed video in YouTube history with 3 billion views. 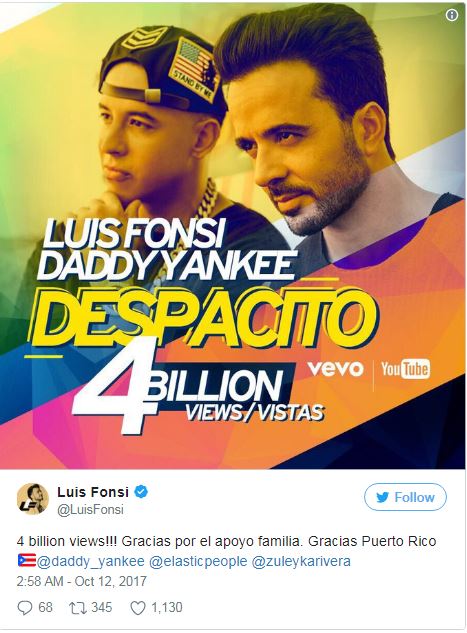 However, now, Luis Fonsi and Daddy Yankee’s “Despacito” is still out sprinting every other video on the planet as the Latin mega-hit just clocked-up a staggering 4 billion views on YouTube, a new benchmark on the giant streaming platform.

“Despacito” means “slowly” in English, but its sales and streaming performance has been anything but. The video, shot in Spanish and without Justin Bieber’s additional verses, was first posted on Jan. 12 of this year and has raced to the crown as most-watched video on YouTube, besting Wiz Khalifa’s 2015 hit “See You Again” featuring Charlie Puth (currently at 3.15 billion views) and Psy’s former record-setter “Gangnam Style” from 2012 (with 2.97 views). 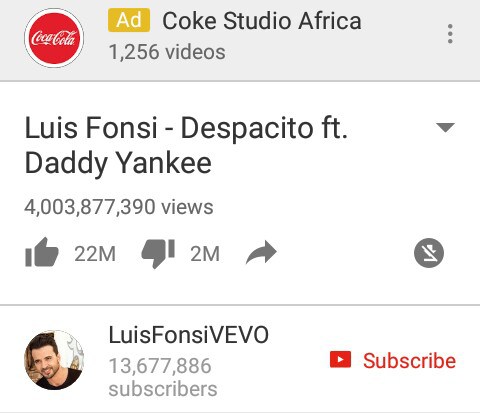 “Thank you for supporting family. Thanks Puerto Rico,” tweeted Fonsi with news of the big milestone.
Since its release, “Despacito” has wrecked a long list of records, including one that stood more than two decades. First up, “Despacito” set Vevo records for most views of a Spanish-language video in 24 hours with 5.4 million hits, as well as for the fastest such video to reach 200 million views, 2 billion views and 3 billion views. 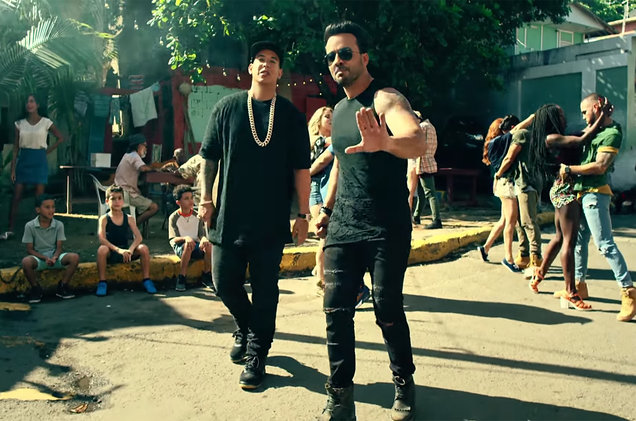