Cristiano Ronaldo has once again extended his generosity to a charity organization by selling off a prized Ballon d’Or trophy to raise over £530,000 for Make-A-Wish Foundation.

According to Spanish daily Marca, the Real Madrid star donated a replica of his 2013 award to a London auction at the weekend which was bought by Idan Ofer, Israel’s richest person, for €600,000.

— M•A•J (@UltraSuristic_) October 3, 2017
The Portuguese star specifically asked for the replica of his 2013 award to be donated to the charity auction, to raise funds for the UK charity, which grants wishes for children with life-threatening medical conditions or who are terminally ill.

The Ballon d’Or trophy is recognised as one of the highest personal accolades a player can receive in the game. Cristiano Ronaldo has won the award four times ‘2008, 2013, 2014 and 2016’ in all. 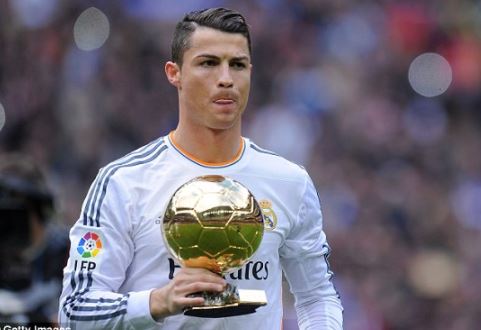