Chelsea Sign This Manchester City Player On A Free Transfer 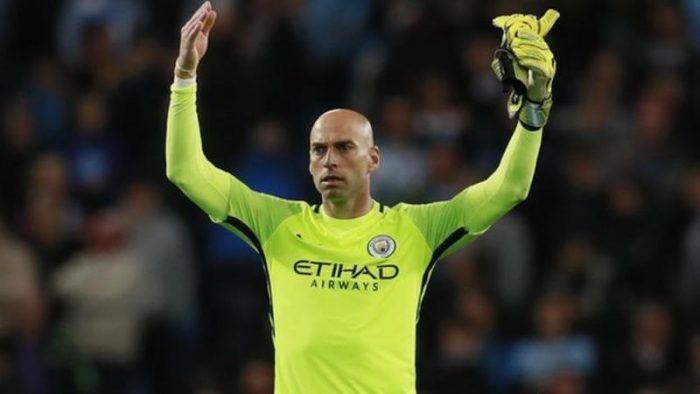 Premier League champions Chelsea have signed ex-Manchester City goalkeeper Willy Caballero on a free transfer.
The Argentine was released by City when his deal expired at the end of June.
Caballero, 35, arrived in England from Malaga in 2014 and played 26 times in all competitions for Pep Guardiola’s side last season.
“I am very happy to join the champions of England,” he said. “I am looking forward to meeting the guys and helping the club achieve more success.”
Chelsea sold second-choice goalkeeper Asmir Begovic, 30, to Bournemouth in May.