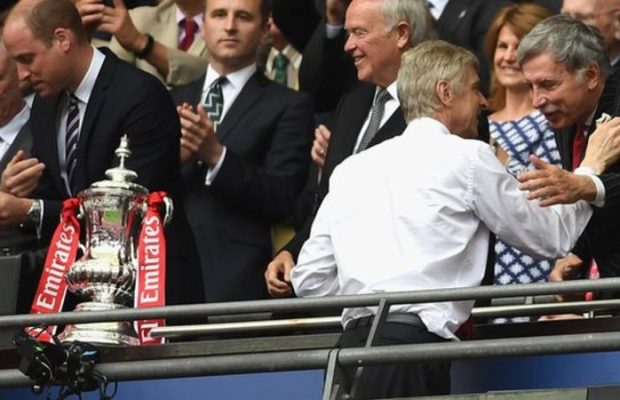 Arsenal manager, Arsene Wenger, on Monday met with the club’s majority owner, Stan Kroenke, to discuss his future.
According to the BBC, the outcome is unclear. But the decision on whether Wenger will continue or not, rests solely on him and Kroenke. It will be relayed to directors at a board meeting on Tuesday.
Wenger has always insisted that he wants to continue at the Premier League club, which he has managed for over 21 years now. Fresh terms were agreed in principle some months ago, but nothing is signed yet.
The delay has been the atmosphere around the club, with the 67-year-old facing unprecedented backlash during a season, where the Gunners missed out on Champions League qualification.
However, the Gunners beat Chelsea on Saturday to win the FA Cup, making Wenger the most successful manager – and Arsenal the most successful team – in the competition’s history.
Kroenke has always backed Wenger to remain in charge, but it is understood that certain board members feel the time has come for him to go. Wenger also met Arsenal chief executive Ivan Gazidis on Monday.
Arsenal are planning to make an announcement and release an interview with Wenger on Wednesday.
Should Arsenal Sack Arsene Wenger?? Comment Below