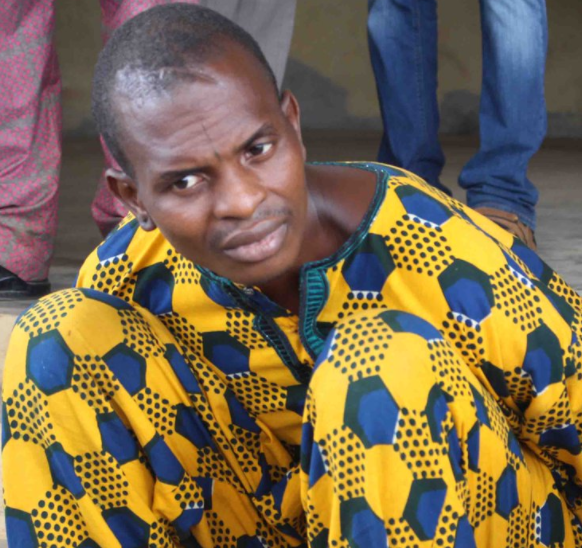 40-year old Mohammad Bashir, a member of the Boko Haram terrorist group who was arrested in Ondo State on Saturday revealed today that he had planned to launch an attack in Ondo State before his arrest.

Speaking with journalists at the Ondo State Police Command headquarters in Akure, the forty-year-old terrorist explained that he used to be a Fulani herdsman before he was forcefully conscripted into the terrorist sect in Nasarawa State in 2016.

“I only killed two people. The first person was a little child who I murdered inside the bush while the second one was an adult I killed by the roadside,” Mr. Bashir said in the Hausa language.

According to him, there are many other terrorists hiding from the military in local communities in the South-West.  “I ran into Ondo State from Nasarawa after the military launched a manhunt for us (Boko Haram) in the North. When I arrived in the state, I went straight to see my younger brother and decided to walk on the streets of the community. I had planned to strike but first wanted to eat by the roadside when I was arrested by the police patrol team and moved down to their station. Some of our members who ran from the military are still scattered around the local communities in Ondo State,” he said.

Gbenga Adeyanju, the Commissioner of Police in Ondo State who paraded the Boko Haram member before reporters, confirmed that Bashir was arrested while roaming the streets of Isua Akoko in the Ifira area of the community.