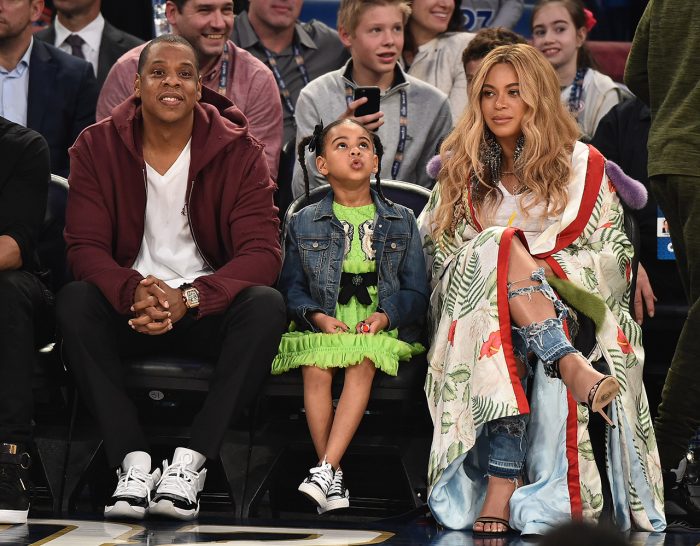 Hollywood power couple, Beyonce and Jay-Z certainly aren’t skimping on the childcare since they welcomed new twins Rumi and Sir Carter into the world.
The couple have now reportedly hired a whopping six nannies to help look after their brood.
According to reports, thee singers have hired six nannies at $100,000 a year each – that’s $600,000 a year in childcare.
“The twins don’t sleep at the same time, so she decided she needed three per child, working in eight hour shifts,” a source said.
They also have two nannies looking after their eldest, five-year-old Blue Ivy.
That makes a total of eight nannies working for the family covering both day and night shifts

Hushpuppi Step Aside, E-money Is The New Gucci King [photos]