5 Things You Should Know About London Bridge Terror Attack 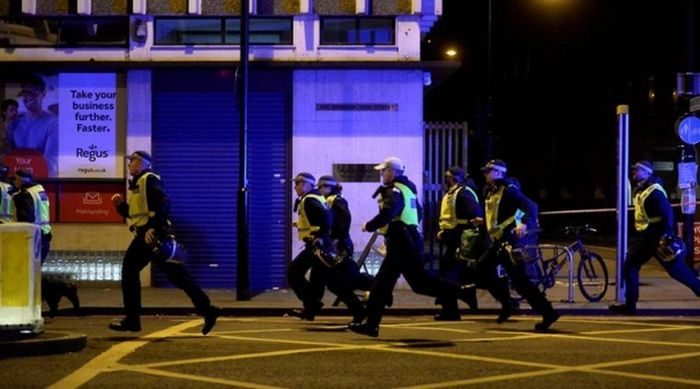 The British woke up on Sunday, mourning yet another terror attack in the heart of London after three assailants smashed a van into pedestrians on London Bridge before attacking revellers in a popular nightlife hub with knives.
Here are five things you should know about happening in the London bridge attack.
At least seven people were killed and 48 others were taken to hospitals.
2. The assailants were later shot dead at the scene, although police are still seeking to establish whether they had accomplices.
3. British police have arrested Twelve men on Sunday after raiding the home of one of the men behind the London attack.
4. The attack is the third deadly terror attack in Britain since March and Prime Minister Theresa May, who held an emergency meeting shortly after the rampage, said that “enough is enough”.
4. An Australian and four French nationals were among the 48 people rushed to hospital after the attack.
5. U.S President Donald Trump’s condolence message appeared to be different from other world leader as he attacked London Mayor who called for ”calm”.


What Do You Think About Wizkid’s New Look (Photos)