BREAKING NEWS!! See What Man United Board Are Saying About Mourinho’s Future At The Club 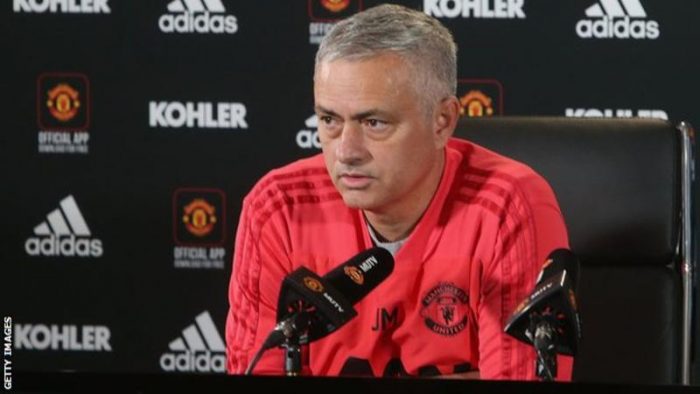 Manchester United manager Jose Mourinho retains the support of the club’s board to turn the present situation around.

United host Newcastle at Old Trafford at 17:30 BST on Saturday, looking to avoid going five games without a win for only the second time since 1998.

The club’s recent form has led to intense speculation about the former Chelsea and Real Madrid manager’s future.

However, it is understood there is no immediate threat to his position.

United have previously indicated results would be the determining factor in deciding Mourinho’s future and that remains the case despite reports of unrest behind the scenes.

Last weekend’s 3-1 loss at West Ham made this the Red Devils’ worst start to a league campaign for 29 years.

Their poor performances have been compounded by off-field problems, with the relationship between Mourinho and midfielder Paul Pogba making headlines.

If The Price Is Right, I Can Act Nude – Teddy A