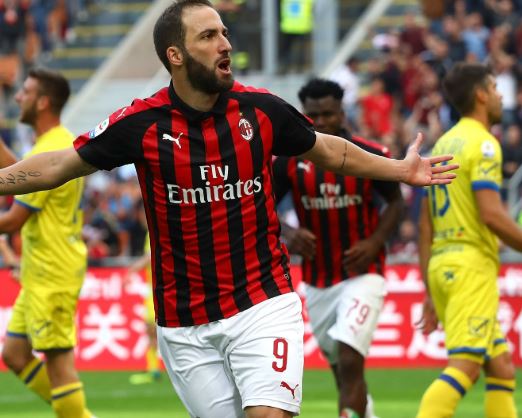 Chelsea are finally close to announcing Gonzalo Higuain’s loan move to Stamford Bridge after the Argentine striker was spotted leaving Milan airport to fly to London.

Blues boss, Maurizio Sarri, has been desperate to bringing in a new frontman, with Alvaro Morata now expected to complete a loan move of his own to Atletico Madrid.

Higuain enjoyed his most prolific season ever under Sarri at Napoli and is eager to be reunited with the Italian.

He was pictured leaving Milan’s Linate airport at 8am on a private jet bound for London Farnborough.

Chelsea now face a race against time to try and register Higuain in time for Thursday’s Carabao Cup semi-final second leg against Tottenham, with the deadline at midday.

Higuain’s medical is already scheduled, and if there are no issues, he should sign his contract with the west Londoners before the day runs out.