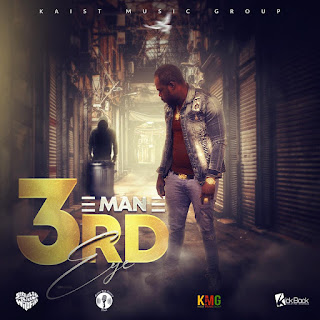 Rising US based dancehall artiste and producer MAN (Mature And Natural) debuts first 3rd eye audio and visuals, “3rd Eye” is the first single from the Trinidad born  artiste.

The visuals were shot in US by Brian K Roberts of Honest Illusions Media, Brian has worked with renowned Jamaican star Duane Stephenson and other Jamaican stars.

MAN (Mature and Natural) says The 3rd Eye refers to the gate that leads to inner realms and spaces of higher consciousness, keep your third eye open in around your circle at all times.

Co-produced by MAN(Mature and Natural) and Wildfire music 3rd Eye is a legit mastery of MAN’s ability to multitask as a producer and an artiste with great lyrical prowess.

MAN (Mature and Natural) is expected to tour Africa later in the year with Kenya being on top of his list.

Kareem Nkosi Dorset, better known by his entertainment name MAN is currently signed with Kaist Music Group LLC., to distribute, write, and produce new music.  He credits much of his success to his artistic influences such as Bunji Garlin, Busy Signal, Buju Banton, and many others.

Born in P.O.S Trinidad, MAN spent most of childhood mainly in COUVA. He was first introduced to music at the age of 9, where he played the drums at the church his family attended.  He was always praised for his drumming speed and his highly innovative skills at such a young age–without any real training. Although MAN did not continue his pursuit in drumming, his passion for music overshadowed his drumming  as he continued to nurture his innate musical talents by gaining an understanding of the  different sounds & how well they communicate together.

His unique style and swagger is what separates MAN from the rest.